A legendary Indian Singer and Music Composer Bappi Lahiri passed away on February 15 at the age of 69. His health had deteriorated the previous day. After that, he was rushed to the hospital in an increasingly grave condition. It was 11:45 pm on February 15th, when he died. Arrangements for his cremation have been made for Pawan Hans Crematorium in Mumbai on February 17. Family members are anxiously awaiting the arrival of Lahiri’s son Bappa from the United States.

Obstructive Sleep Apnea was the cause of Bappi Lahiri‘s death at the age of 69. Bappi Lahiri popularised disco music in India during the 1980s and 1990s with hits including “Wardat,” “Disco Dancer,” “Namak Halaal,” “Dance Dance,” “Commando,” “Saheb,” “Gang Leader,” “Sailaab,” and “Sharaabi.”Keep an eye out for new information.

During the funeral of Bappi Lahiri, his son Bappa Lahiri, who had flown in from the US, spoke about his father’s gold collection. He claimed that Bappi Da’s wealth had a spiritual significance for him. Bappa claimed that his father’s love of gold was more than just a fashion statement. Bappa claimed that his father was always accompanied by his gold when he travelled. To avoid missing his early morning trip, Bappi Da would wear all of his gold, according to him. As Bappa went on to say, the family would save his gold and other valuables and display them in a museum for future generations. On the other hand, he said that Bappi Da possessed a vast array of accessories that the family would be happy to display. 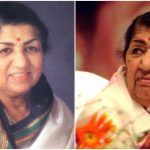 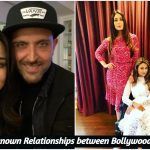